An expat guide to healthcare and health insurance in China

Are you researching an expat health insurance for China? It is important to find out about the local healthcare system first.

China has a dysfunctional healthcare system. It is therefore strongly recommended to take out international health insurance which includes evacuation or repatriation, before moving to China.

Whether you are moving to China or you are already living there as an expat, read our guide on the Chinese healthcare system and your different options of medical insurance for China. 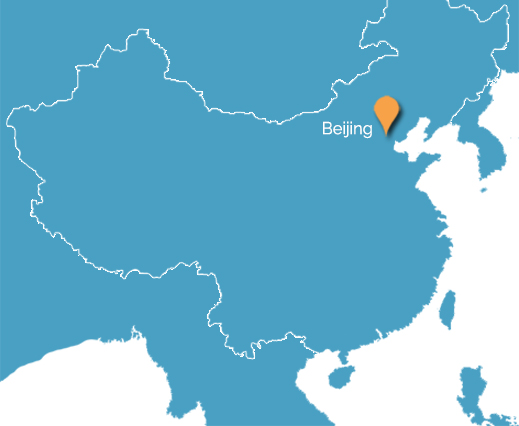 Healthcare in China for expats

The health system in China has developed rapidly, reflecting the structural changes China has undergone in the past 30 years. Successive health reforms were put into place up to 2011 in order to provide the population with universal medical cover. However, the medical sector is often over stretched and lacking resources due to the demands of such a large population and the quality of care is often below Western standards. Infant mortality in China is 14 per 1000 births – an indicator of the sanitation problems within the country.

How does the Chinese health care system work?

The Chinese health care system is divided between two sectors: rural and urban. Subscribing to a basic medical insurance is compulsory for salaried urban workers as well as their employers. The insurance is financed by the contributions paid by the employer and the employee which are then subsidised by the state. City residents that do not work (unemployed, retirees, children, etc.) have a medical insurance funded in part by the government and in part from the contributions paid by the working community, whilst the healthcare of citizens in rural areas is handled by the “New Rural Cooperative Medical Care System (NRCMCS)”.

Today, more than 90% of the population is covered and the aim is to offer a basic medical insurance to the whole population by 2020. However, the medical system is not sufficiently developed and there are large disparities between urban and rural areas. The healthcare infrastructures are, on the whole, well developed in urban areas, but in rural areas access to healthcare can be limited. There is a lack of health infrastructure and services, while also being the most affected by problems such as malnutrition, infections, hepatitis B etc.

Hospitals: the heart of the healthcare system
In China, healthcare is very ‘hospital-centric’: the consultation of both a GP and a traditional Chinese practitioner is done solely in a hospital. Home visits are not at all available.

Public hospitals
Public hospitals in China are massive establishments, often divided into two distinct departments: one for the locals and another for foreigners/VIPs, with English-speaking doctors. The cost of consultations are more expensive in the latter department. The two-tier system of operating was borne from the need to offer a Westernised service for the expatriate community -shorter waiting periods, and individual consultations offering a greater degree of confidentiality. There is, in effect, a cultural difference in the way healthcare is delivered in China. For example, as there are no consultation rooms, the doctors examine their patient in view of those waiting for their own consultation.

Private and international hospitals
All major cities now have ultramodern international hospitals with international staff. They offer westernised consultations which are better adapted to the expatriate community. The cost of the service is significantly higher and it is often requested that payment be made in advance. When going to hospital, it is advised to always carry with you either a credit card, or cash. If you use private health facilities, holding a private health insurance in China is strongly recommended.

For China, it is strongly recommended, before your expatriation date, to subscribe to an international health insurance including medical evacuation.

An international health insurance for China is often a better option for expats than a local health plan. It offers you the freedom of your choice of doctors or medical centre, and the possibility of being covered internationally. If you prefer to be treated in your home country or in another country within your zone of cover your medical costs will be reimbursed by your insurance company (within the limits of your policy). Moreover, if you leave China and move elsewhere your international insurance may be able to follow you.

Expat Assure helps you decide the most appropriate expat health insurance for China depending on your situation and needs. Don’t hesitate to contact us for your personalised health insurance comparison.

What is the best health insurance for expats in China

The best health insurance in China for one expat might not be the best for you as everyone has different needs and expectations.

In order to find which one is the best health insurance in China for you, it is important to consider several aspects such as your medical history, your age, your specific needs in terms of medical cover, your situation in China, alongside other parameters.

Expat Assure helps you to find the international medical insurance for China that best suits your profile and requirements. Contact us today to request your free and non-obligatory health insurance comparison.

How much does healthcare cost in China

An appointment with a GP in a public hospital is only 15 yuans, the equivalent of £1.7 or $2.2€! However, as explained above, the quality of service often falls short of western expectations.
In regards to private rooms for foreigners in public hospitals, prices can vary from between 180 yuans (£20.5/$26) and 1500 yuans (£171/$218) in relation to the type of room chosen.

What is the cost of private health insurance in China?

Such as with any type of health insurance, the price of a medical insurance for expats in China varies greatly depending on the personal situation, the age, the medical history of each individual as well as other parameters.

Traditional Chinese medicine
Traditional Chinese medicine remains very established within China and the government encourages its modern development and integration into the healthcare system. It is a part of everyday life, whether through hospital prescriptions or through the consumption of medicinal drinks (herbal teas) taken as a preventative measure when sensing a cold, for arthritis or for any other everyday ailment.
Often you will be asked in the pharmacy if you prefer a traditional remedy or modern medicine.

Water
China has severe problems in regards to water pollution. Nearly half of all the large cities in China do not reach the national norms for the quality of drinking water. As such, it is generally advisable to drink either bottled or boiled water.

Atmospheric pollution
Beijing and a number of other cities in the north and in the centre of China often suffer from extreme spikes in pollution. This has repercussions in relation to health: respiratory problems, memory loss, and an increased risk of lung cancer. The polluted air levels can equally cause eye irritations and can compromise your immune system. Those most susceptible are the elderly, children, as well as those who suffer from any chronic disorders such as bronchitis, asthma, emphysema or heart problems. The only way in which to minimise these complications is to limit your exposure to the pollution, in particular those who are in high risk categories.