Post edited on 16/02/2021: with Brexit, Europeans planning a temporary stay of more than six months in the UK must now also pay the immigration health surcharge. 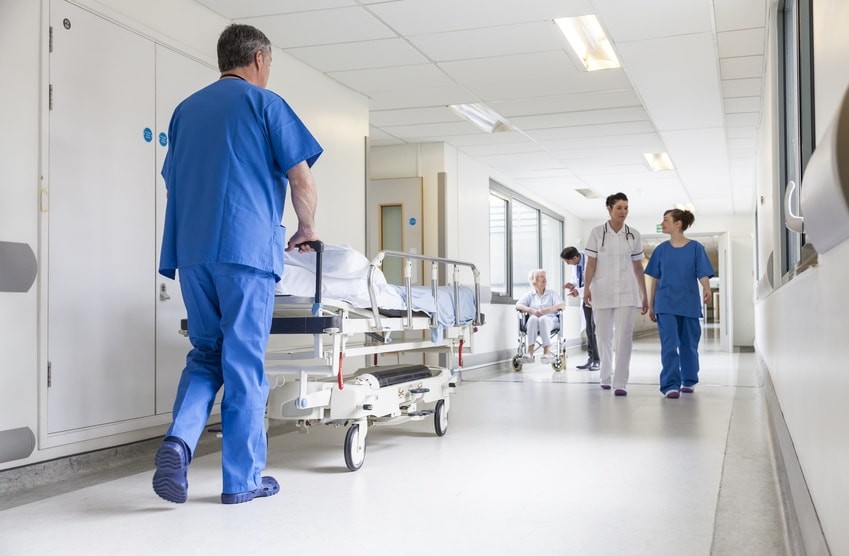 First of all, what is the Immigration Health Surcharge?

In recent years, the British Government has put into place a series of measures aiming to discourage ‘medical tourism’. The most notable one was to create a financial contribution, as part of the visa requirements, to access the NHS, called the immigration health surcharge (IHS), in 2015.

This health tax was originally intended for temporary residents from countries outside the European Economic Area (EEA) who stay in the UK for more than six months. But with Brexit, EU citizens are now also expected to pay the IHS, with the exception of a few categories of people.

The IHS gives visitors the same access to the UK healthcare system as for UK residents.

The fee is £624 per year and per person. It is reduced to £470 per year for children, students and people applying for the Youth Mobility Scheme visa.

The health surcharge must be paid for at the same time as when applying for your visa, and before entering the UK.

Visitors who are already in the UK and who are applying for a visa extension will also have to add the health surcharge on top of their visa fees.

The UK is one of the countries in the world with highest visa costs. The immigration health surcharge therefore pushes the visa bill even more. For instance, a family of two parents with a child staying in the UK two years, will have to pay £3436 in health surcharge fees alone, not including the visa fees.

The Immigration Health Surcharge is calculated based on the length of your stay in the UK. Here is an online tool to help you accurately calculate the amount of your medical surcharge.

Am I exempt from paying the immigration health surcharge if I choose to sign up for private medical insurance?

Who needs to pay the Immigration Health Surcharge?

The British government’s website explains that “you usually need to pay the healthcare surcharge if you’re applying for a visa or immigration application”:

Who doesn’t need to pay the Immigration Health Surcharge?

You do not need to pay the health surcharge if you’re visiting the UK, applying for a visitor visa or if you are remaining in the UK permanently.

If you are coming to the UK as a visitor for a short stay, you will still be able to use your European Health Insurance Card (or equivalent) to access public healthcare in the UK. However, the EHIC is only valid for medically necessary and unplanned healthcare. It is not a replacement for full access to public healthcare or for private health insurance.

Australians and New Zealanders are also exempt from paying the health surcharge as their countries have special agreements with the UK.

Other categories of people are exempt from paying the IHS, such as members of armed forces, eligible healthcare workers, people applying for indefinite leave to enter or remain, asylum seekers, victims of slavery or human trafficking etc. See the full list of people who do not need to pay the IHS.

A brief history of the Immigration Health Surcharge

This financial contribution to access the NHS came into effect on 6th April 2015. It was originally intended for people coming from countries outside the European Economic Area (EEA), who plan on staying in the UK for more than 6 months: employees, students, or visitors.

Previously, some NHS care was offered to non-EEA nationals for free, whilst other treatments were payable. But it seems that the NHS was having difficulty being paid retrospectively for the services provided. This represented an administrative cost for the NHS. “The new charge will raise around £200 million a year and help offset the estimated £2 billion cost of providing free healthcare to overseas visitors, temporary non-EU workers and foreign students, the Home Office said at that time.

Then, with Brexit, the UK officially left the EU on 1st January 2021. The immigration rules applying to EU citizens aligned with the UK’s immigration rules for non-Europeans. Now, Europeans planning to stay temporarily in the UK for more than 6 months, must also pay the immigration health surcharge.

The payment of the immigration health surcharge initially amounted to £200 per year for temporary migrants and £150 per year for students and those on the Youth Mobility Scheme. This payment was doubled in January 2019, passing to £400/£300 a year. In October 2020, the fee rose again to £624/£470.

If you are a tourist from a non-European country, you will be subject to another rule

If you come from a country outside of the European Economic Area (EEA), and you visit the UK on a tourist visa, you are not affected by the mandatory NHS health surcharge, but a different rule applies to you: since April 2015, non-EEA tourists will be charged 150% of the cost of the health care they receive, 50% more than what it was previously. “This reflects the additional cost burden that the NHS carries when managing the administration for visitors to the UK”, explains the British government on its website, while stressing that “for this group, possession of adequate travel and health insurance is highly recommended”.

“The intended effect of the surcharge is that a person’s access to healthcare should be in line with their immigration status in the UK”, states the UK’s Home Office. “Temporary migrants have not built up the long-term contribution to the UK that a British Citizen will have built up and will build up over the course of their lifetime.”

As a reminder, European residents travelling to the UK for a short stay are not subject to this “right to access” surcharge and can benefit from the NHS using their European Health Insurance Card (or equivalent), thanks to the EU–UK Trade and Cooperation Agreement, that states reciprocal healthcare provision between the EU and the UK continues after Brexit.

However, British expatriates who have been outside of the European Economic Area for more than six months relinquish their residential right of access to the NHS and will also be asked to pay the 150% tariff if they are travelling in a touristic capacity.

People settling in the UK permanently are neither affected by the immigration health surcharge nor by the 150% contribution to their potential health treatments in the UK, as access to the NHS is, by definition, granted to all residents of the UK, regardless of their nationality.

An expat guide on healthcare and health insurance in the UK

In the past few weeks, we have had a lot of enquiries from clients and prospective clients asking us if international health insurance would cover them in the event that they contract the coronavirus Covid-19. In a nutshell, the answer is yes. But the situation is a...