An expat guide to healthcare and health insurance in Vietnam

Are you researching an expat health insurance for Vietnam? It is important to find out about the local healthcare system first.

Whether you are moving to Vietnam or you are already living there as an expat, read our guide to the Vietnamese healthcare system, your different options of medical insurance for Vietnam and an overview of the average cost of local healthcare. 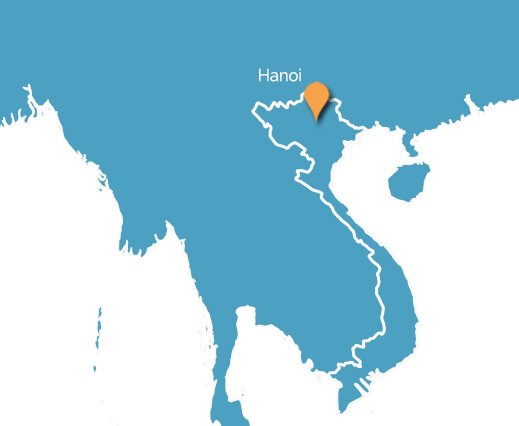 Healthcare in Vietnam for expats

Vietnam’s economic development over the past decade has been accompanied by an improvement in public health, and government expenditure going into the Vietnamese health service is increasing. Moreover, Vietnam has recently implemented a reform to provide universal healthcare coverage to the entire population. There are two types of health cover in Vietnam, managed by the Vietnam Social Security (VSS):

Expatriates must contribute to the compulsory health insurance, but as will be explained in the following paragraph, this is often not enough and many expatriates choose to subscribe to a private medical insurance in Vietnam.

The quality of the Vietnamese healthcare system

Despite numerous efforts to provide healthcare cover to the entire population, the Vietnamese health system remains largely underfunded and suffers from structural inefficiencies.

The level of cover offered by the public system is low, and the rest of the costs left to those using the services remain high, even though the highest users are found among the poor. For example, public hospitals apply a fee for some complicated medical procedures.

The quality of care in public hospitals is still far from being up to the standards of western countries. Vietnam’s hospitals are overloaded. According to the French Embassy in Hanoi, it is not uncommon for hospitals to have an occupation rate of 200%, particularly those which are centrally located. Meanwhile, there is not enough medical equipment or medical staff to treat everyone. These structural problems seriously affect the general health services in hospitals.

Inequalities between urban and rural areas

It is also important to note that the quality and availability of medical services varies considerably between urban and rural areas. Public hospitals in the rural provinces are the most underfunded and underequipped. Many people living in the provinces therefore travel into major urban areas for their medical treatment, which serves to prolong the waiting lists in hospitals in big cities such as Hanoi or Ho Chi Minh City.

Because of these structural problems in the public sector, it is recommended to subscribe to a private health insurance in Vietnam. Private hospitals also offer services that better meet the expectations of the expatriate population. In general these hospitals have an international medical staff, who speak English. However, their charges are high, hence the importance of having adequate medical insurance in order to be treated in these facilities.

It is advisable for expatriates in Vietnam to take out international health insurance allowing them to be covered outside of Vietnam and in their countries of origin. Indeed, many expats and prosperous Vietnamese prefer to travel to Bangkok or Singapore for some specialised treatments.

Also, if after Vietnam you settle in another country, your expatriate health insurance may be able follow you.

Expat Assure helps you decide the most appropriate expat health insurance for Vietnam depending on your situation and needs. Don’t hesitate to contact us for your personalised health insurance comparison.

What is the best health insurance for expats in Vietnam

The best health insurance in Vietnam for one expat might not be the best for you as everyone has different needs and criteria.

In order to find which one is the it is important to consider several aspects such as your medical history, your age, your specific needs in terms of medical cover, your situation in Vietnam, alongside other parameters.

Expat Assure helps you to find the international medical insurance for Vietnam that best suits your profile and requirements. Contact us today to request your free and non-obligatory health insurance comparison.

How much does healthcare cost in Vietnam?

Consultation with a private specialist: charges are typically between 1million and 1.7million VND (£30/39€ – £52/67€), according to the doctor consulted and their specialty. The charges in international clinics are higher. For example, in the SOS Clinic in Hanoi, consultation costs 2.9million VND (£85/114€).

Hospital expenses at a private hospital: hospital costs vary considerably depending on the medical condition being treated and the chosen hospital. For an idea of costs, a 24 hour stay in the SOS International Hospital for an adult with gastroenteritis, who is not already registered at this hospital, will be around 20-24million VND (£616/791€ – £740/ 949€) .

What is the cost of private health insurance in Vietnam?

Such as with any type of health insurance, the price of medical insurance for expats in Vietnam varies greatly depending on the age, medical history, family composition of the applicant and other factors.

The US Embassy in Vietnam has a list of hospitals with English-speaking staff.

It is recommended to be up-to-date on against diphtheria, tetanus and polio. Other vaccinations also recommended are: cholera, Japanese encephalitis, hepatitis A and B, rabies and typhoid are recommended based on the terms of stay. A certification of yellow fever vaccination is required only for travellers coming from a country where there is a risk of transmission. More information on the NHS Fit-for-Travel website.

Malaria is present throughout the year in the whole country, excluding urban centres, the Red River Delta (Northern Delta) and central coastal plains. Please see the NHS Fit-for-Travel website for information on what precautions to take against malaria.

It is advisable not to drink tap water because it is rich in heavy metals (lead, mercury, cyanide etc). Tap water can be used for washing, brushing teeth, washing dishes and food. It is preferable to use bottle water for cooking food.

There are numerous pharmacies in city centres. Beware of fake medication.