An expat guide to healthcare and health insurance in Indonesia

Are you researching an expat health insurance for Indonesia? First, it is important to find out about the local healthcare system.

Despite a recent reform offering access to healthcare to the entire population, the Indonesian health system struggles with inefficiency and other issues. It is recommended to opt for the private sector, and sometimes even to go abroad for treatment.

Whether you are moving to Indonesia or are already living there as an expat, it is important to have international health insurance in Indonesia that covers your health costs locally and in other countries. Read our guide to the Indonesian healthcare system and your different options of medical insurance for Indonesia. 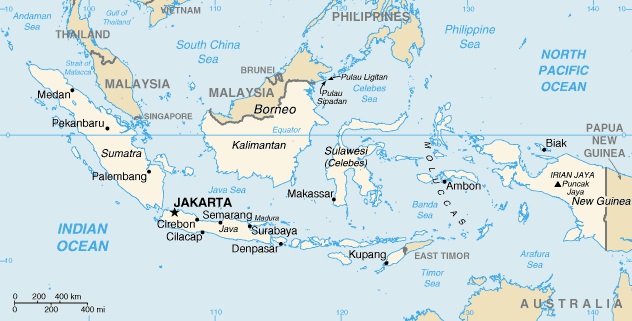 Healthcare in Indonesia for expats

The Indonesian government undertook a major reform in 2014, with the establishment of the National Social Security Law (Jaminan Kesehatan Nasional or JKN), which provides access to social security coverage for the entire population, including for healthcare, accidents at work, old age and death.

Regarding healthcare, the goal is to cover all Indonesians by 2019, offering access to basic healthcare in public facilities. This new health insurance system in Indonesia also applies to foreigners residing in the country for more than six months.

The limitations of the Indonesian health system

Despite the reform of social security and the ambition to provide medical coverage to the entire population, the Indonesian health system remains largely underfunded, which affects the quality of care provided.

The Indonesian healthcare system is classed as one of the poorest out of the Southeast Asian countries.

There are very few healthcare workers in Indonesia. In its 2016 report, the World Health Organization stated that Indonesia has 15.9 health professionals per 10,000 inhabitants in 2015. By comparison, France has 124.9 health professionals per 10,000 inhabitants. There is also a lack of medical facilities that is mostly felt outside the main tourist centres such as Bali or Jakarta. People living in rural areas have to travel to big cities for treatment. Those who can afford it turn to private medicine (whether in Indonesia or abroad), while the poorest have difficulty accessing primary care.

It is advised by some countries’ foreign ministries that evacuation to nearby Singapore should be considered in the case of a significant health problem, but you will need to ensure that you have evacuation/repatriation insurance.

An international health insurance gives you the opportunity to seek treatment in the medical facility of your choice or with the doctor you choose, whether in Indonesia or abroad. Choosing an international insurance with a coverage area beyond Indonesia is the best option for people preferring to seek treatment abroad or in their country of origin in case of a specific medical problem.

It is important that your expat health insurance in Indonesia includes repatriation/medical evacuation insurance. This type of assistance covers medical transport costs in the event of an emergency in an area where there is no infrastructure to treat you.

Whatever your choice of expat medical coverage, please note that your international insurance does not exempt you from paying your contributions to the Indonesian health system, if this is mandatory for you.

Expat Assure helps you decide the most appropriate expat health insurance for Indonesia depending on your situation and needs. Don’t hesitate to contact us for your personalised health insurance comparison.

What is the best health insurance for expats in Indonesia?

The best health insurance in Indonesia depends on your specific needs rather than a general criteria, so the best insurance for one expat might not be the best for you.

In order to find which one is the best health insurance in Indonesia for you, it is important to consider several aspects such as your medical history, your age, your specific needs in terms of medical cover, your situation in Indonesia, alongside other criteria.

Expat Assure helps you to find the international medical insurance for Indonesia that best suits your profile and requirements. Contact us today to request your free and non-obligatory health insurance comparison.

How much does healthcare cost in Indonesia?

Hospital fees in a private room in a private hospital: Rates are between 750,000 and 1.3 million Rp ($51-$89 or £40-£70) depending on the establishment and whether the room is intensive care. Be aware, this does not include treatments, tests and nursing care. Hospital costs can be much higher depending on the medical condition being treated and the hospital chosen.

How much does health insurance cost in Indonesia?

Such as with any type of health insurance, the price of medical insurance for expats in Indonesia varies greatly depending on the age, medical history, family composition of the applicant and other factors.

It is recommended to have an up-to-date vaccination schedule, Vaccinations against Japanese encephalitis, hepatitis B, rabies and typhoid may be advised, depending on the conditions of your stay.

Indonesia is a country at risk for malaria. Before departure, consult a doctor or your nearest travel vaccination health advice service centre.
Emergency numbers

Ministry of Health of Indonesia