What should you expect from pharmacies in a new country?

Home » Blog » Expatriation » What should you expect from pharmacies in a new country?

Getting to grips with medical practices in a new country can provide more obstacles than might be expected. Whether your medicine cabinet is stocked with an array of tablets, lotions and tinctures for every ailment, or simply a trusty pack of painkillers just in case, finding access to familiar pharmacy products can be an aspect of life that many expats feel they had previously taken for granted. Over the counter medicines aren’t always classified the same way in different countries: some may require a prescription, or even be unaccessible in your new country. We teamed up with expat bloggers living around the world and asked them for their tips and insights into the unexpected differences they have experienced in their new home countries, both with medicine cabinet products and ways of getting hold of them. 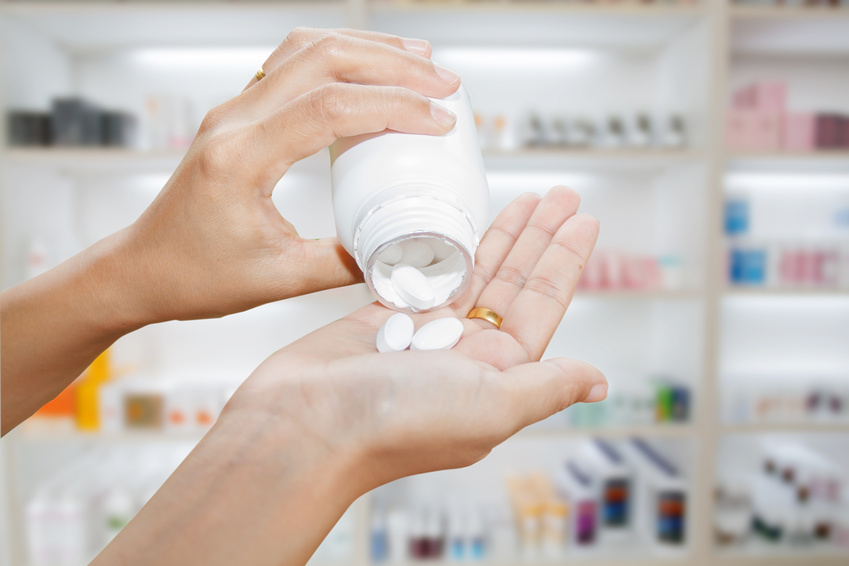 France’s pharmacies are almost always privately owned and are never part of a chain. Prescription costs are subsidised by the state and are regulated, therefore are the same low price at all pharmacies. The bill is paid by the customer up-front before later being reimbursed – the percentage of which depends on the product and your insurance coverage. American expat blogger Diane of Oui In France says: “My pharmacist loves me because I’m always so happy to pay for my medicines, which are in most cases 50-90% less than the cost of the same thing in the US, even before any reimbursements.”

All pharmacy employees are trained in pharmacology, the minimum being ‘préparateur en pharmacie’, so pharmacies in France are considered a good place for initial advice on general health issues. “When picking up a prescription, you might talk about your health problems, get advice or get questions answered that you forgot to ask the doctor,” Diane explains. It’s also commonplace to be friendly with your pharmacist: “He/she not only knows your dog’s name, but actually allows your dog to accompany you into the pharmacy!” Diane says.

“A lot of over the counter medicines are usually behind the counter, so forget about discreetly grabbing any medication you might be embarrassed about and heading to the self-checkout,” Diane says. “But that’s not necessarily a bad thing, unless you have a loud-talking pharmacist or a huge line behind you.”

Painkillers like ibuprofen or paracetamol can’t be found at supermarkets in France, and are only available at pharmacies. Unlike in many other countries, French pharmacies stick to medicinal products and don’t sell snacks, greeting cards and magazines. “Sometimes you can find a ‘parapharmacie’ section in pharmacies and supermarkets for non-prescription items such as skincare, toothpaste and nail clippers,” Diane says.

Sarah Hague of St Bloggie de Riviere is a British expat living in the south of France. She has mostly experienced pharmacists in France offering generic medicine rather than brand names. “If you ask for a ‘Doliprane’, for example, you may well be offered the generic equivalent of paracetamol,” she says.

“In the UK you can buy much more medicine in the supermarket than you can in France, where pharmacists are fiercely protective of their monopoly,” Sarah says. She points out that the opening times of pharmacies don’t necessarily restrict the purchase of certain items: “In France, pharmacists nearly always have a condom machine on the wall outside, so they can be bought discreetly at any time.” An out-of-hours ‘pharmacie de garde’ can be found in each town or commune. It is required to stay open 24 hours a day, and is on rotation so isn’t always the same pharmacy (call 3237 in France to find out where your nearest is).

“The French are quite fond of certain homeopathic remedies such as Oscillococcinum to protect the system against colds, and arnica is popular too,” Sarah says.

With the world’s largest scientific research base, a regulatory system considered the most rigorous in the world and decades of government research funding, the United States is a world leader in biopharmaceutical research and development. However, the free-pricing model means a lack of restrictions on producers setting their own prices, meaning prescription drug prices in the USA are typically amongst the highest in the world. This is an aspect that Seattle-based expat blogger Rachel McClary points out as a big culture shock when settling in the US. Back in her native UK, she was used to a prescription costing a standard small amount, regardless of the value of the medication. “Living in the US has taught me how expensive drugs can be,” she says. “A tiny bottle of eyedrops cost me $120, for example! Although the costs vary depending on your insurance plan.”

“The drug industry in America is massive, and the marketing of drugs is huge,” Rachel continues. “I’m never sure whether drugs are completely necessary here some of the time, or whether a doctor might prescribe based on marketing incentives,” she says. As a result, from Rachel’s experience, people often have to better educate themselves on different medication options. “Americans know exactly what ingredients are in the drugs they take,” she says.

On her website Right from the Start, Rachel’s blog topics include expat life, travel tips, child development and parenting. As an early education consultant and mother of three, she’s more likely to write about George’s Marvellous Medicine than first aid products, but says some child-targeted medicines in the US seem straight from a Roald Dahl book. “Children’s medicine comes in a variety of bright and sweet flavours – none of which my kids like: grape, bubble gum or cherry,” she says. “You can order Calpol online, shipped from the UK, but you won’t find it in stores.”

It isn’t just the price of products that differs across the Atlantic, Kate Braithwaite, Scottish novelist and expat blogger at The Transatlantic Translator tells us. Kate finds humour in the way her three kids sometimes ‘correct’ her non-Americanisms, including for medicinal products: “A plaster is always a Band Aid over here,” Kate says, “and American proprietary brand names are used much more often than generic names, such as Advil rather than ibuprofen.”

“I’m still amazed by drive-thru pharmacies here in the US,” says Kate. “I don’t think they have those in the UK!”

With prescription prices restricted to a set amount by the National Health Service (NHS), getting the prescribed medication you need is relatively cheap in the UK. Over the counter medication is easily accessible, with the vast majority of supermarkets stocking a selection of medicine cabinet staples.

Natalie moved to London over nine years ago from South Africa, and writes about health, lifestyle and travel on her blog What You Didn’t Know. She points out that the number of over the counter medication available in the UK is much smaller than in South Africa: “Although this may have something to do with the laws regarding the ingredients that can or can’t be included in medications here in the UK,” she says. “For example, something like Bettapyn is a stronger painkiller than paracetamol that you can easily get hold of in SA, but there doesn’t seem to be anything of the same quality here in the UK. If you want something stronger, you have to get a prescription from a doctor.”

Natalie has experienced differences in obtaining quick appointments with doctors: “Even though you would pay to see a doctor in South Africa, it is a lot easier to get an appointment on the same day rather than here in the UK sometimes having to wait for up to a week.” In general, Natalie finds it simpler to self-medicate whenever she can, and avoids going to the doctor unless it’s necessary. She has experienced that in the UK, short-notice appointments to get hold of the medication you need can be difficult to pin down. “It sometimes requires convincing the secretary that you are truly sick enough,” she says. “Once you can get an appointment to see a doctor, much of the time you’re told to take ibuprofen or paracetamol, which seems to be the remedy for a lot of things!”

Kate of The Transatlantic Translator found the regulations on the amount of medication a culture shock. “When you’re stocking up on standard medicine cabinet items in the UK, you are only allowed to buy a limited number of paracetamol at one time,” she says, referencing the UK law that states the largest amount to be sold is 16 paracetamol tablets in a shop without a pharmacist, with the amount upping to 32 at a pharmacy. “In the US, you can easily bulk-buy painkillers in huge industrial-sized packets!”

The healthcare system in city-state Singapore is amongst the best in the word, and the country often tops indexes of countries with the best health. Where to get medication in Singapore depends on the classification: the three different classes in Singapore are prescription-only medication (POM), pharmacy-only medication (P) and general sales or over the counter medication (GSL). The latter can be bought at many large chain supermarkets, and pharmacies can be easily found in order to access prescriptions. However, not every pharmacy will dispense every medication, and for urgent out-of-hours medication, it’s recommended to go to a 24/7 medical clinic plus pharmacy.

If you are taking medication with you, ensure you check whether any of its active ingredients are under the controlled substance list, which can be found here. Prior approval is required if your product contains any of the ingredients, so apply to the Singaporean Health Sciences Authority at least two weeks before your arrival and ensure you have the paperwork at hand when travelling. The application form can be found here.

Helen McClure of Expat Explorers, who lived in Singapore as well as the UAE, found certain medications easier to access than her native England: “When I moved to Singapore, I found I could easily buy Melatonin over the counter to help counter the effects of jetlag,” she says. “Whereas it’s a controlled substance in the UK and you need a prescription from a doctor.”

From acupuncture and acupressure to herbal remedies and massage therapy, Traditional Chinese Medicine is growing in popularity in Singapore. All practitioners must be registered with the TCM Practitioners Board, and medicines are regulated by Singapore’s Health Sciences Authority. Blogger Gwenn Seemel, indicates on her bilingual blog Face Making that she found that the traditional approach helped: “I discovered that Chinese medicine provides some relief from the chronic pain of my illness.”

If you’re looking for an international health insurance, please do not hesitate to contact Expat Assure for free and impartial advice based on your needs. Click here to request your health insurance comparison or call us on +44 (0)20 3137 2857.

Opinions expressed are those of the individual and do not necessarily reflect those of Expat Assure.

Please be aware that due to the Covid-19 crisis and the impact on our work, our turnaround times are longer than usual. If your request is urgent, please call us on 02031372857.